It was based on decimal floating point precision to handle very large universes.

Each sections (universe, galaxy, solar system, planet) were converted/scaled to float then rendered in their own camera.

All planets were procedurally generated on GPU (and also on the CPU side to handle collision).

It was a WYSIWYG environment and you could go wherever you wanted without any loading.

Grass and water only exist on the GPU side.

The atmosphere used a spherical light scattering solution with volumetric density for the clouds. 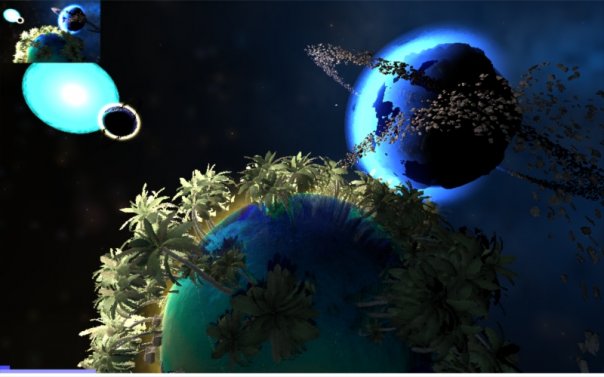