Gumroad: To be announced

Blender Market: To be announced

This quick start guide will help you get up and running with the addon. 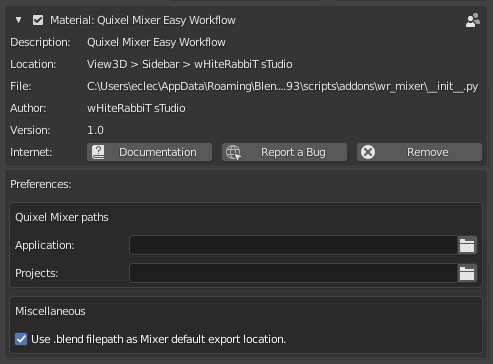 The addon will tell you if anything is not set correctly.

If you’re seeing this message, it means you must set the correct Quixel Mixer Application installation directory containing “Quixel Mixer.exe”.

You also have to provide your Mixer Files Path containing your Mixer’s projects.

By enabling “Use .blend filepath as Mixer default export location” the addon will create the corresponding folder structure and set the Mixer “Export Location” to this folder path.

For example, if you’re working with C:\my_scene.blend file, the addon will create a new folder: C:\my_scene\ which will be set as your Mixer “Export Location”.

This addon is here to simplify the iterative workflow between Blender and Quixel Mixer.

Its purpose is to save time and reduce any errors that could happen within a manual process.

To be working, the Blender’s scene has to be saved since its filepath will be required for various operations.

Here are the main steps of workflow: 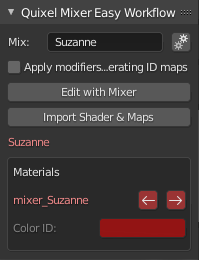 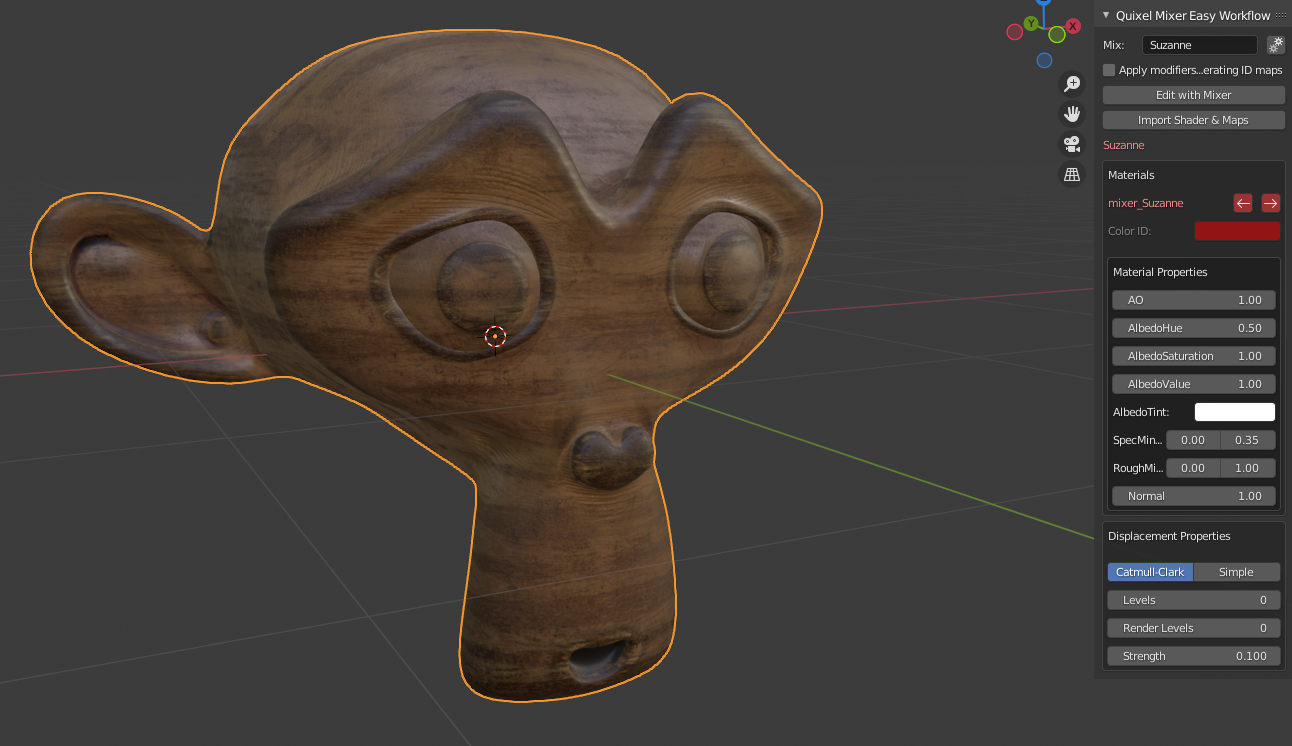 After selecting a mesh, the UI will change as follow:

You will need to input a Mix name.

Clicking on “Edit with Mixer” will:

Unfortunately, there are currently NO command line or API for the Quixel Mixer application, so there is no way to directly open a Project / Mix.

So, one has to select it manually and then click open. 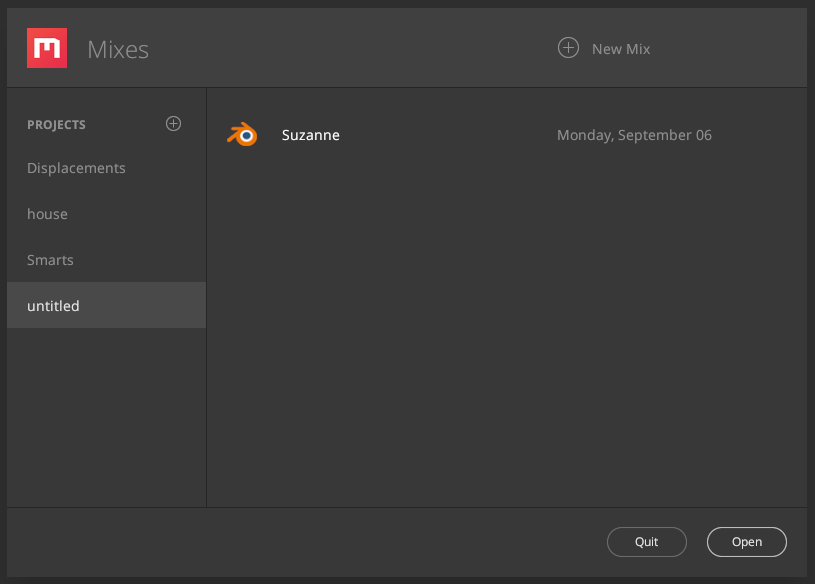 The addon will have created an easy project to find since its name will be the same as the working Blender file.

And the new Mix to select will have a Blender icon and your imputed Mix name. That icon will be updated to a regular preview once the Mix is saved from Mixer. 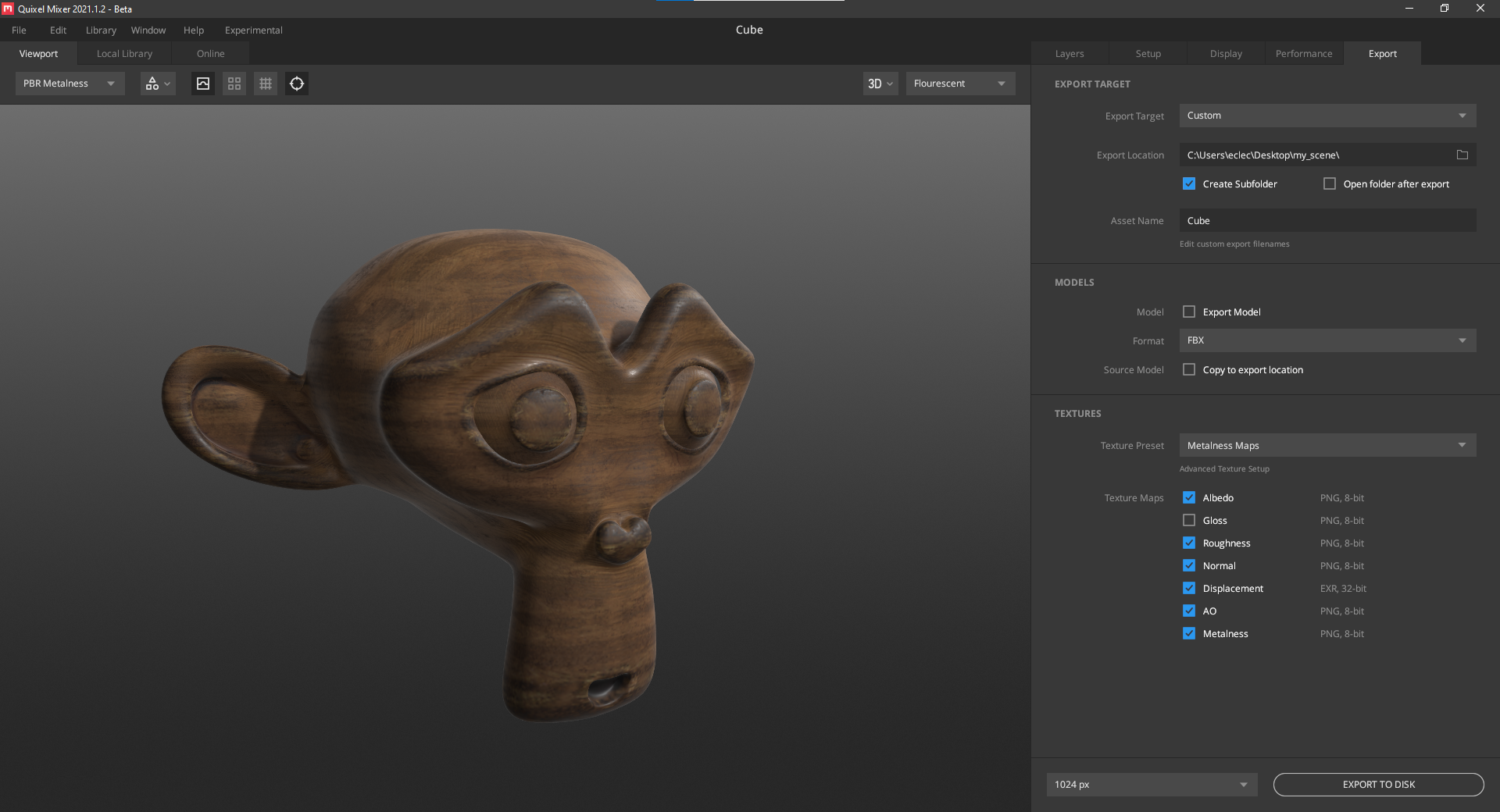 By default, the addon will create a Mix with this settings:

Changing these settings is up to the user and won’t interfere in any way during the next steps.

Work as usual with your Mix and export the maps via “Export to Disk” or “Quick Export” and close the Mixer application. 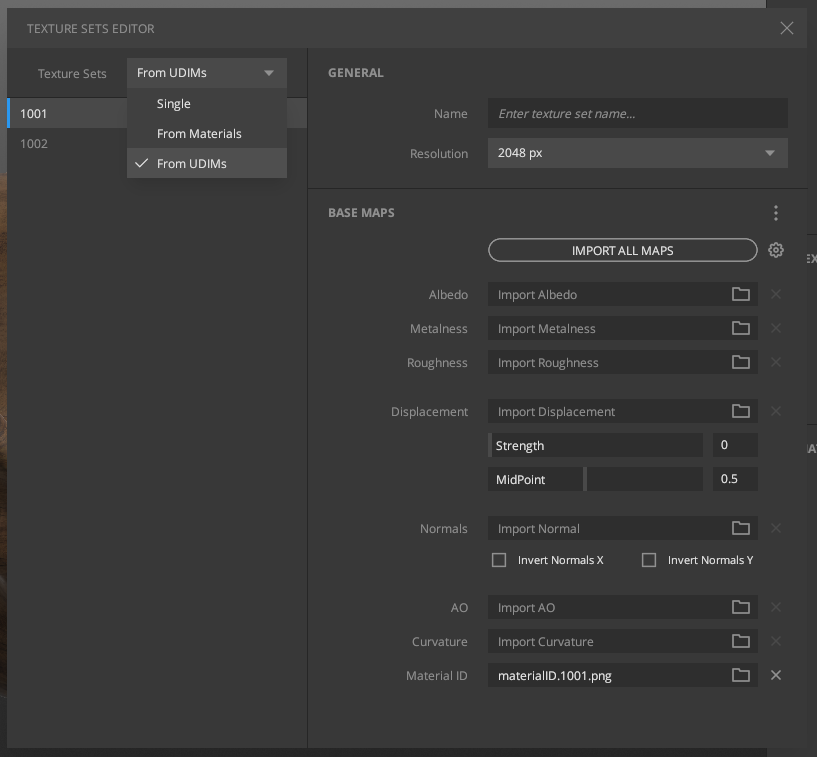 Once a Mix has been automatically detected by the addon, the UI will add a new functionality: 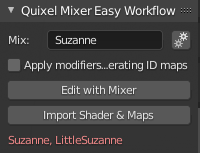 The “Import Shader & Maps” functionality will: 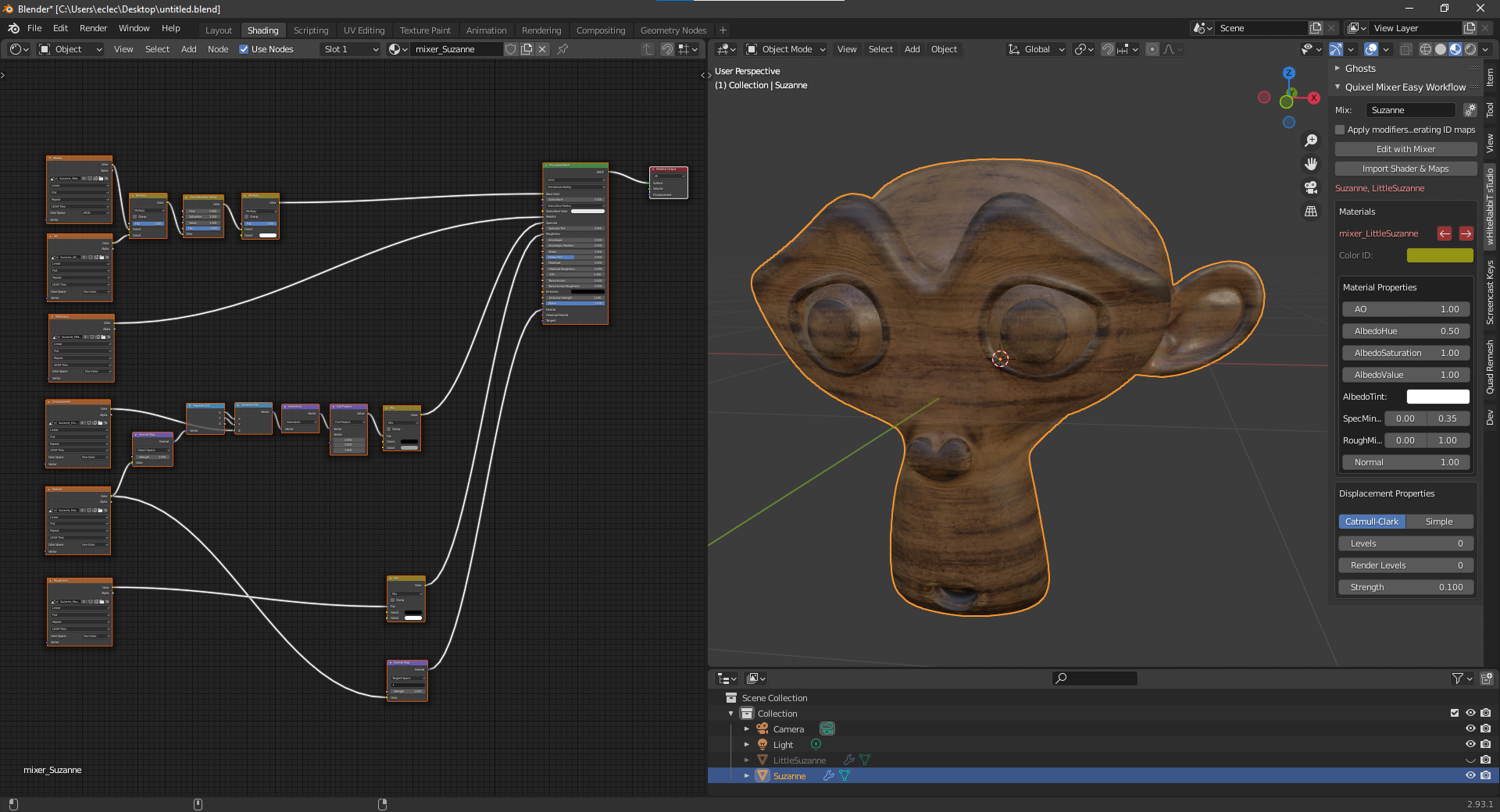 The addon will look for particular nodes inside the Shader to detect if it is compatible and if so will show that new UI:

This UI exists so you won’t have to dig into the Shader Node view to change any value like:

Additionally, the UI adds the possibility to directly tweak the mesh modifiers: 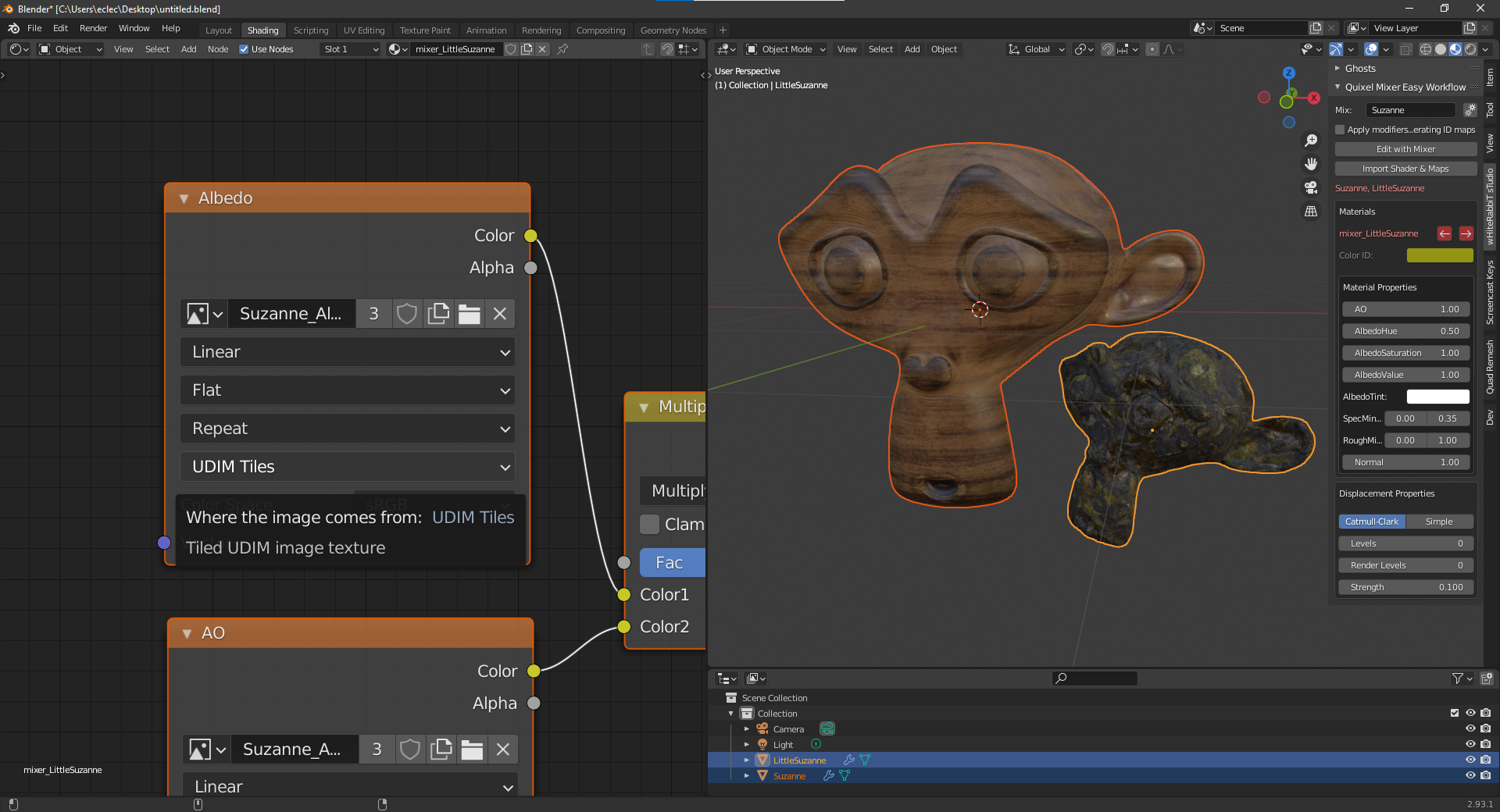 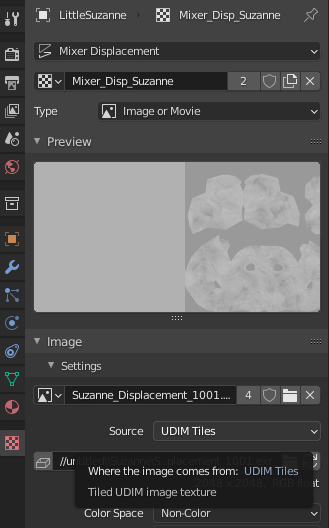 You can iterate the whole process as many time as desired: